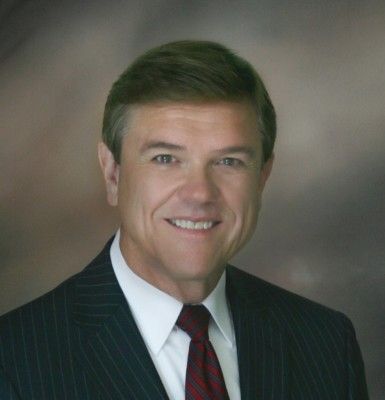 Dr. Ed Huckeby is an arts consultant and freelance composer, arranger, conductor and clinician. His career has included roles in higher education and arts administration, most recently serving as President of Southwestern Christian University in Bethany, Oklahoma, until his retirement in 2014. Prior to his appointment at SCU, he was the Chief Academic/Operating Officer and Professor of Music for over a decade at Northeastern State University-Broken Arrow (OK). Huckeby also served as an arts administrator for Tulsa Ballet Theatre, Inc., and holds the title of Emeritus Professor of Music at Northwestern Oklahoma State University where he served for over two decades as Director of Bands, Music Department Chairman and Dean of the Graduate School.

Huckeby’s early music education career included eight years in Oklahoma public schools, where his marching, concert and jazz bands won state and regional acclaim. Significant success in the public schools led him into the college ranks where he became internationally recognized as an outstanding music educator and composer of over 200 published works for concert and marching band. His outstanding contributions to the concert and marching band literature have played an important role in the development of the contemporary band repertoire, and his recently released sightreading and music literacy curriculum, published by the C. L. Barnhouse Co., is receiving world-wide acclaim.

He has written music education articles for The Instrumentalist, The American Music Teacher, and The Journal of the International Horn Society, and has held memberships in Music Educators National Conference, Oklahoma Music Educators Association, Oklahoma Bandmasters Association, ASCAP, Phi Mu Alpha Sinfonia, and Phi Beta Mu, where he served as a member of the national board of directors and state chapter president.

Huckeby was selected as an “Outstanding Young Man in America,” is listed in the “International Who’s Who in Music,” and was inducted into the Oklahoma Bandmasters Association “Hall of Fame” in 1996.

He has created over 50 commissioned works and has served as a clinician, adjudicator and conductor for instrumental ensembles around the world, including Japan, Australia, Canada and across the United States. Ed and his wife, Latricia, live in Broken Arrow, Oklahoma near their daughters, Angela and Amanda, and their six grandchildren